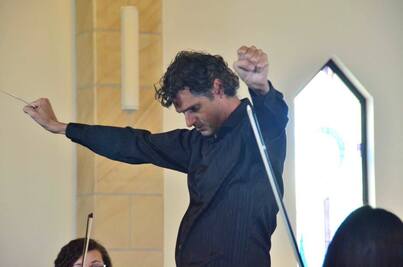 Iain was a founding board member of Sinfonia, (playing the oboe),  became associate conductor in 2007, and is now our main Conductor . He is also a composer and arranger.

Iain describes himself as an 'enabler'. His own musical journey began at the age of nine with the flute. In his HSC year at Scots College he took up French horn. It wasn't long before he diversified into clarinet, saxophone, oboe, bassoon, trumpet and trombone. Iain received a Certificate of Music Education (Instrumental) from University of Western Sydney in 2000. He has been teaching instrumental music in local schools in the Hastings/Camden Haven area for the past 18 years.

Iain has Advanced Conducting Certificates I and II from Queensland University of Technology. He became Musical Director of the Camden Haven Concert Band in 2004. In 2007 his musical efforts and encouragement resulted in the foundation and later amalgamation of a Wauchope youth band and adult ensemble into the Wauchope Concert Band for which he is also conductor. 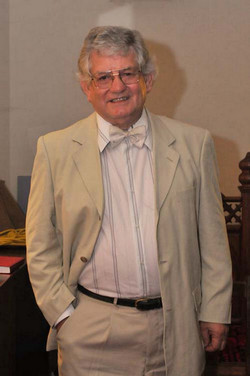 James Hannah - Emeritus Conductor
James Hannah studied at the Royal Scottish Academy of Music. He then studied at the Guildhall School of Music in London, and at Reading University. During his two years military service he was solo singer and clarinetist with the Staff Band of the Corps of Royal Engineers. On completion of his service he taught at a grammar school in London, and for the next 20 years conducted choirs and orchestras throughout the London area. He also directed and conducted over 35 musicals.

In 1979 he was engaged as Musical Director at Sydney Grammar School, where he worked many times with the Australian Opera, the Philharmonia Choir, and the Conservatorium. He also directed and conducted many shows in Sydney including conducting two operas with The Gilbert and Sullivan Society. When he retired from Grammar he worked as Musical Director with MacDonald Arts College for two years.

In 1993 James Hannah moved to the Port Macquarie area on the mid-north coast of NSW where he directed and musically directed musicals at the Players Theatre for 12 years. In 2006 he was appointed as Honorary Conductor of Sinfonia Mid-North Coast and became Conductor Emeritus on his retirement in 2014.
SinfoniaMNC your community orchestra